We’re keeping this week’s Roundup short and sweet—so let’s dive into the latest happenings in the broader telco world!

Not much is new on the 5G front, aside from a flurry of new partnership announcements and one decently-sized bombshell for the cable/wireless industry in the True North.

"Open collaboration is key to the development of new and innovative high-value 5G use cases that will equip our customers with the tools they need for digital transformation." —Tommi Uitto, President of Mobile Networks, Nokia

The deals point to hyperscalers’ efforts towards enabling new use cases for 5G; a precursor to proving that the next-gen infrastructure isn’t just promising, but actually profitable.

The three major American  carriers: T-Mobile, AT&T, and Verizon have already boarded the same train, vying against one another to stake their claim in the 5G enterprise solutions market. Relative newcomer T-Mobile looks to leverage its “un-carrier” status to bring in businesses looking for more flexible offerings, Verizon has opted to partner with cloud hyperscalers to tackle the edge market, and AT&T looking to expand its fiber network.

Verizon also announced changes to its consumer 5G offering. Now, C-Band speeds will be exclusive to those with upgraded plans:

This approach starkly contrasts with that chosen by AT&T and T-Mobile, which attempt to make next-gen speeds in the hands of as many subscribers as possible.

Back on the partnerships thread, Belgian broadband provider Telenet has chosen Ericsson, Nokia, and Google Cloud to help the company with its 5G rollout. Ericsson will provide RAN equipment, Nokia the core network, and Google Cloud its application management platform Anthos.

Telenet introduces Ericsson, Nokia, and Google Cloud as partners for the rollout of its 5G Network, the Engine for Future Mobile Innovation

Canadian provider Rogers aims to acquire Shaw. As part of the deal valued at around $26 billion CAD (20.6 Billion USD) (including debt), Rogers is promising to invest $2.5 billion to build out 5G networks in Western Canada and an additional billion targeting underserved rural indigenous communities. This would turn Rogers into Canada’s largest telco. The deal is subject to the approval of the Canadian Radio-television and Telecommunications Commission (CRTC), which has already experienced a tsunami of objections to the merger via its online feedback forum. Canadians pay some of the highest internet prices in the world, and consumers worry that further consolidation of the already oligopolistic telco market will further exacerbate this.

“This won’t come as a surprise to anyone but the success of this deal comes down to two things: affordability and jobs...If the two companies are unable to demonstrate this merger will lead to lower prices for consumers and the creation of Canadian jobs, then it may face some raised eyebrows from regulators and officials.” —Elliot Hughes, Senior Public Affairs Adviser, Summa Strategies Canada

Traditionally, Rogers dominated the eastern half of the country while Shaw took the west—in cable, that is. The two were sworn competitors in the wireless sector, which—should the deal go through—will be down to three players: Rogers, Bell, and Telus (as well as their respective subsidiaries).

If skeptics’ concerns prove true, there’s another player that may swoop in on the home broadband market: Barely a year into its launch, Nvidia has already  introduced a price hike for its cloud gaming service GeForce Now—doubling from the $4.99/month founders plan to a $9.99/month “Priority” tier. Those with the now-discounted subscription, however, will get to keep the subsidized membership rates. The platform has matured significantly since its 2015 inception, and the new rates are meant to reflect its growing value:

“As GeForce Now enters year two, and rapidly approaches 10 million members, the service is ready to kick things up a notch. GeForce Now launched out of beta last February with Founders memberships — a limited time, promotional plan. On Thursday, Founders memberships will close to new registrations and Priority memberships, the new premium offering, will be introduced.” —Nvidia statement 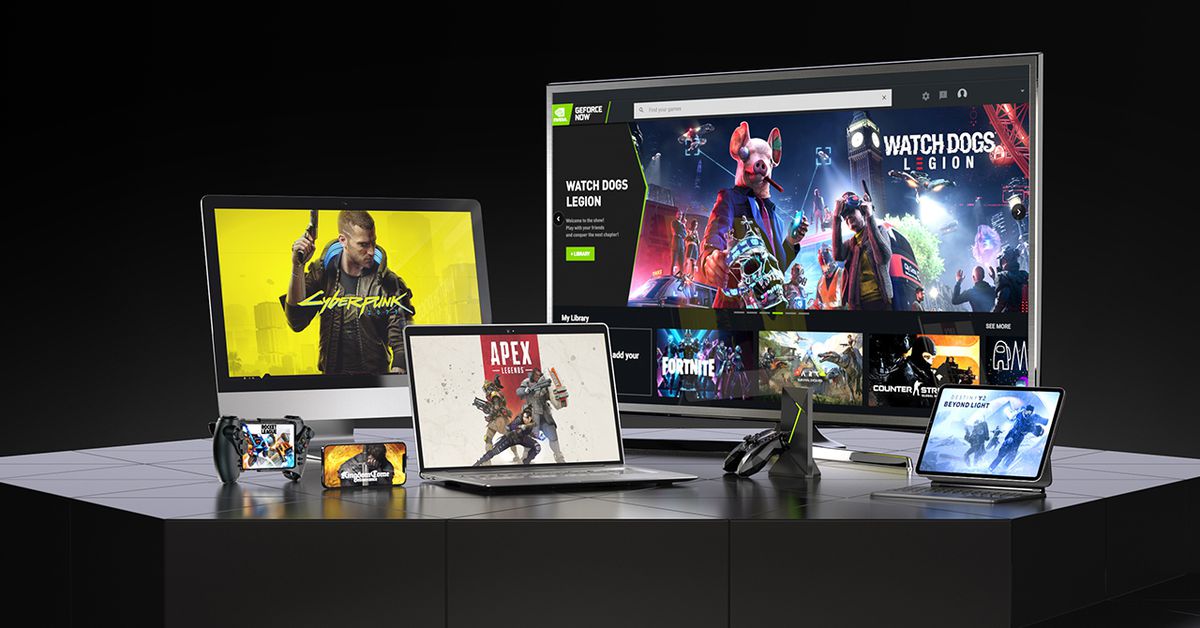 We usually report on consumer applications for drones, but this week’s UAV update comes from a military context. Soldiers from the Experimental Force of the US Army just completed an experiment using commercial autonomous quadcopters to fly in ammo while engaged in mock-combat. The mission delivered supplies to unit positions directly, circumventing the need for traditional methods such as sending in manned convoys or helicopters. Making the switch to drones has significant safety implications, considering that an enemy interception of resupply efforts would then mean lost ammo—not lost lives. 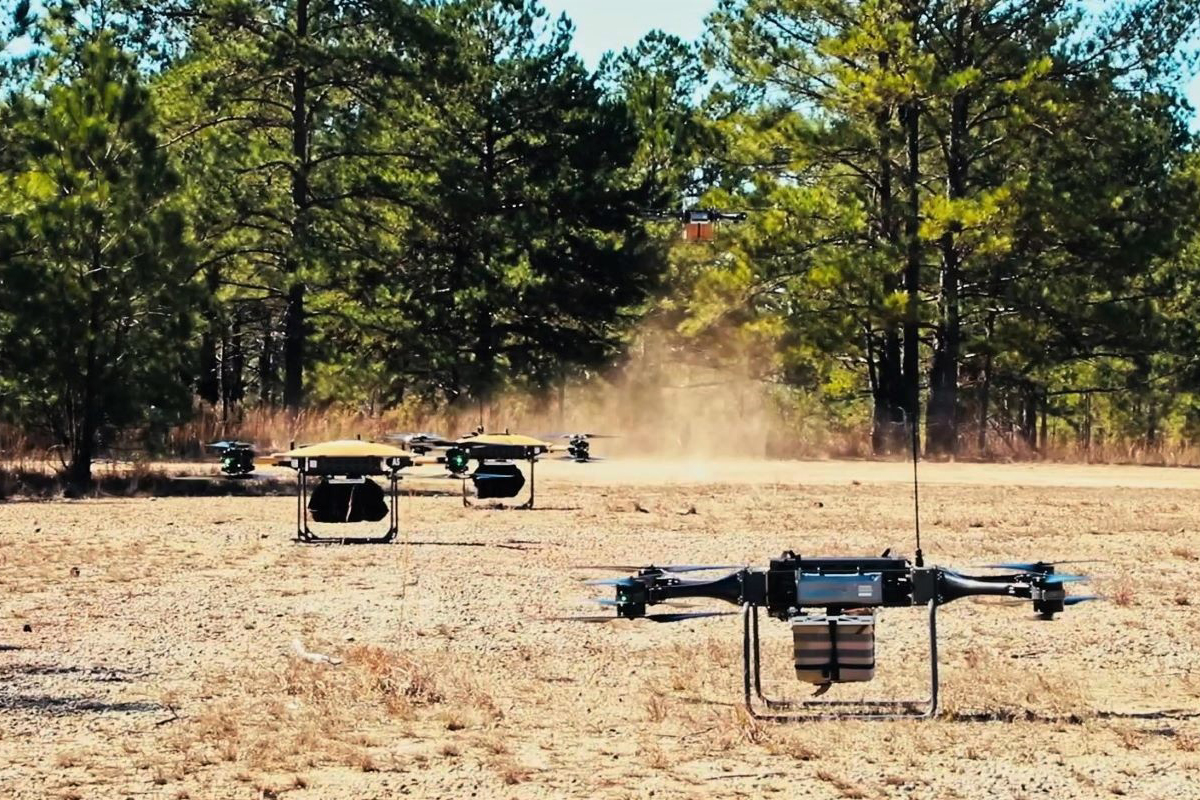 “The goal is to demonstrate automated technology in a predetermined set of routes, which will enable us to showcase quantitatively that these systems are more efficient, safer and enhance the driver experience.“Our goal is to put Ontario and Canada on the world map when it comes to automated technologies.” — Raghavender Sahdev, CEO, NuPort Robotics

Rather than outright replace human drivers, self-driving tech is largely playing an assistive role. Head of AVIN Raed Kadri contends that the industry is just entering level three, as defined by this 2018 chart developed by the Society of Automotive Engineers: 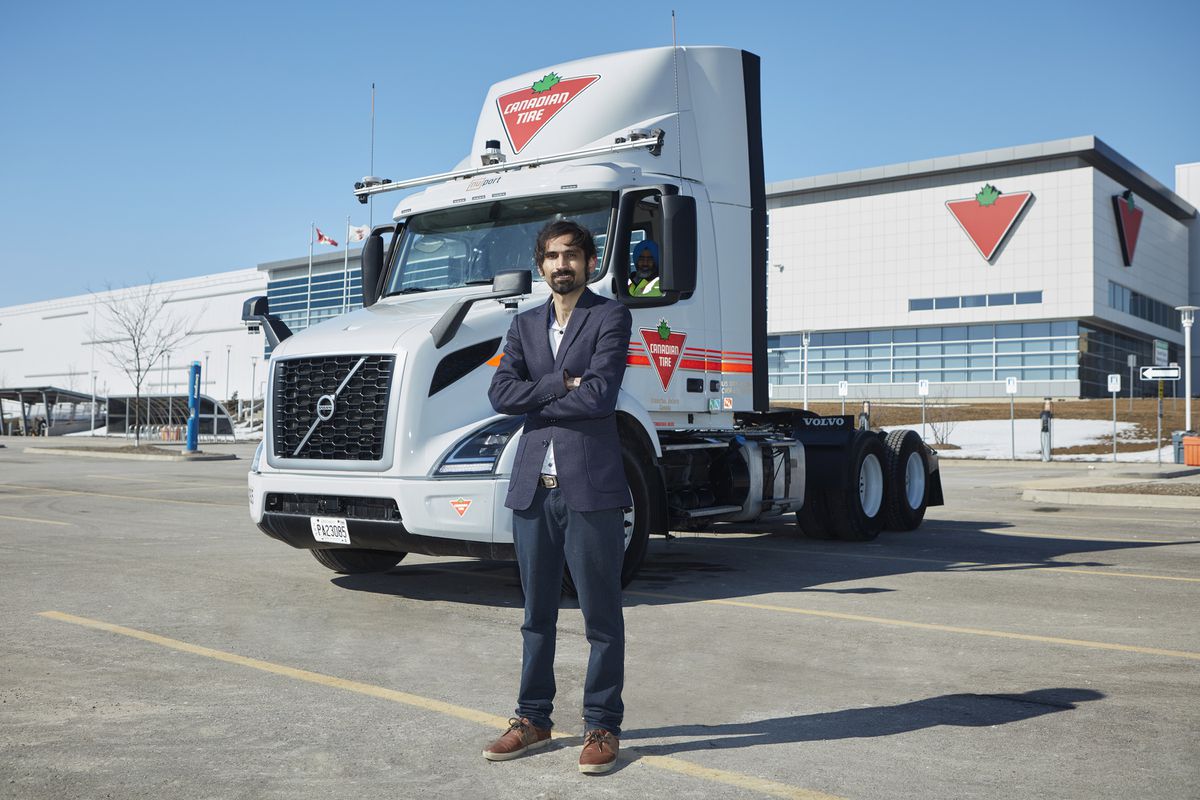 Now-Senate Majority Leader Chuck Schumer has outlined plans to leverage the $1.9 trillion COVID relief bill to kickstart the US’ move to electric vehicles:

“It’s a bold new plan designed to accelerate America’s transition to all electric vehicles on the road, to developing a charging infrastructure, and to grow American jobs through clean manufacturing, and the ultimate goal is to have every car manufactured in America be electric by 2030, and every car on the road be clean by 2040.” —Senator Chuck Schumer (D-NY)

The proposal stipulates that anyone trading in a gas car for an electric one would receive a substantial discount, much more than the current $7,500 EV tax credit (which is capped at 200,000 vehicles per manufacturer). Automakers would also be incentivized to phase out internal combustion engines, and tax breaks would be given to property owners to install charging stations at their homes or apartments. This is just a snapshot of the initial strategy, which also aims to support state and local governments to build out EV-friendly infrastructure, as well as additional credits for lower-income earners. Schumer hasn’t made the pitch to the president, but it’s unlikely that Biden would nix the effort.

Between Schumer and Secretary of Transportation Pete Buttigieg’s rhetoric supporting vehicle electrification, it’s likely that these initiatives will start coming to fruition. 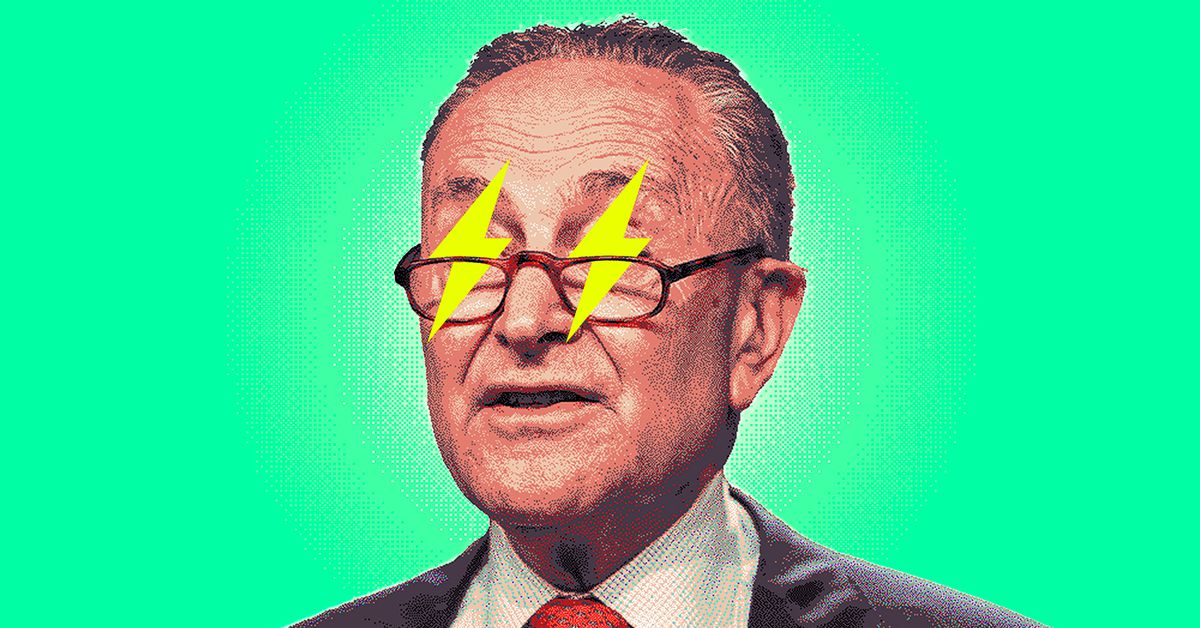 Automotives shouldn’t be the only target when it comes to tackling sustainable infrastructure, exemplified by a new partnership between Schneider Electric France and Wattsense. The two are developing a new Building Management Systems (BMS) Solution that promotes energy efficiency and sustainable development for small and medium-sized buildings, such as bank branches, schools, retail sites, and apartments. The solution, called the Wattsense x Schneider Electric IoT Box, helps buildings monitor and control technical equipment to reduce energy consumption.

And there you have it, nothing too crazy to report on this week! Be sure to check back in next Monday.