This time last year, the Mutable team reunited in Cyprus for the inaugural yearly company get-together.

Well...it was supposed to be an annual thing. For obvious reasons, any sort of collective travel planning has been derailed for the time being. But alas, the world keeps spinning. And as this month marks the anniversary of global lockdowns and #StayAtHome orders, we’ve been doing a lot of reflecting about the gravity the pandemic has had on our lives and industry from the vatange of the “new normal.”

Unlike toilet paper last year, there’s been no shortage of telecommunications news! Let’s get into it:

An unlimited data plan with 5G and no speed throttling? Sounds too good to be true, but T-Mobile’s new monthly “Magenta Max” plan promises to deliver all three—doing away with “deprioritization,” or an industry practice where speeds are lowered after a user exceeds a certain amount of data in a billing cycle.

Some commenters say the deal is reminiscent of AT&T’s “legendary” legacy unlimited data plans that people grandfathered all the way back from the 2G/3G days. For a limited time, customers can pick up the new plan for $47 per line per month for three lines—with single customers out of luck at the $85 per month price point.

While they’ve yet to announce any flashy plans, Verizon is trudging ahead with its 5G expansion, recently adding Sacramento, Seattle, and Pensacola to its high-band network. Buzzwords abound, Verizon’s CTO Kyle Malady touted that:

“Customers in these cities can now take advantage of revolutionary, game-changing technology, with access to download speeds and bandwidth that can power the future of wireless and home broadband applications and solutions.”

It’s sort of hard to be “game-changing” when carriers are still setting up the arena—but that said, Verizon’s colossal $45 billion investment in C band licenses across the US will greatly expand the amount of customers in the playing field. For now, most of us will continue to spectate.

Dish Networks’ C band spend was a paltry $2.5 million for one license, but the carrier is nevertheless confident that its network build is surging ahead as planned. A recent Q4 earnings call saw co-founder and chairman Charlie Ergen asserting that “this isn’t our first rodeo,” and that Dish is positioned to “help the United States actually start leading again in wireless,” bringing its 5G network online by the end of Q3 this year.

While this position seems lofty given Dish’s false starts and setbacks, The Verge’s Allison Johnson makes a good point: unlike competitors Verizon and AT&T, Dish is unburdened with keeping 4G networks afloat through DSS, which has proven to be a struggle. Instead, it is the first U.S. network to be fully built from scratch using O-RAN, an exciting endeavor in itself.

Dish’s Ergen reflects on transitions, looks to 'execute' in 2021 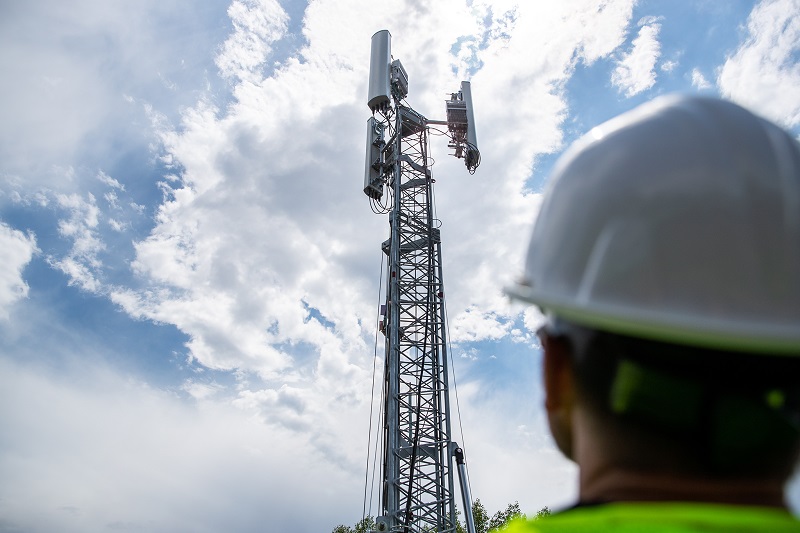 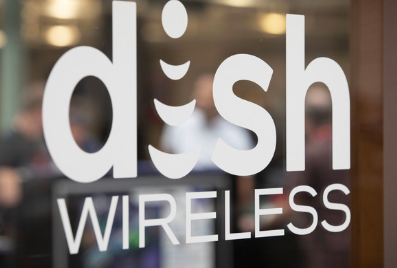 Equipment vendors like Nokia and Ericsson are instrumental in making RAN a reality, the latter recently revealing that it will release three new mid-band 5G radios and six new RAN compute products at the end of the year, all featuring the vendor’s custom silicon.

“To really get the best out of this mid-band spectrum, we believe operators need to deploy massive MIMO, not only in the cities, which we have seen in 4G, but they need to scale the massive MIMO to suburban, to rural so they can get the best coverage and also the best spectrum efficiency from this valuable band.” —Sibel Tombaz, Head of 5G Highband & Active Antenna Systems, Ericsson

Nokia, in turn, just inked a three-year deal to help Philippines-based operator Globe Telecom upgrade its existing 4G network and expand its growing 5G footprint across the country. The Finnish vendor will provide equipment to build out the RAN, and implement its MIMO solution to boost coverage and performance.

In the latest attempt to bridge the digital divide, the FCC has just passed an Emergency Broadband Benefit to subsidize qualifying recipients’ internet bills by up to $75 a month. A total of $3.2 billion from the Covid-19 relief bill has been allotted to the program, which targets households above the poverty line, or those who suffered substantial income loss over the past year.

“This is a program that will help those at risk of digital disconnection. It will help those sitting in cars in parking lots just to catch a Wi-Fi signal to go online for work. It will help those lingering outside the library with a laptop just to get a wireless signal for remote learning. It will help those who worry about choosing between paying a broadband bill and paying rent or buying groceries. In short, this program can make a meaningful difference in the lives of people across the country.” —Jessica Rosenworcel, acting Chairwoman, FCC

Though undoubtedly a lifeline for those who struggle to afford connectivity, the initiative is more or less a bandaid on a bullet wound—especially given the fact that at least 14.5 million homes don’t have access to high-speed internet to begin with. 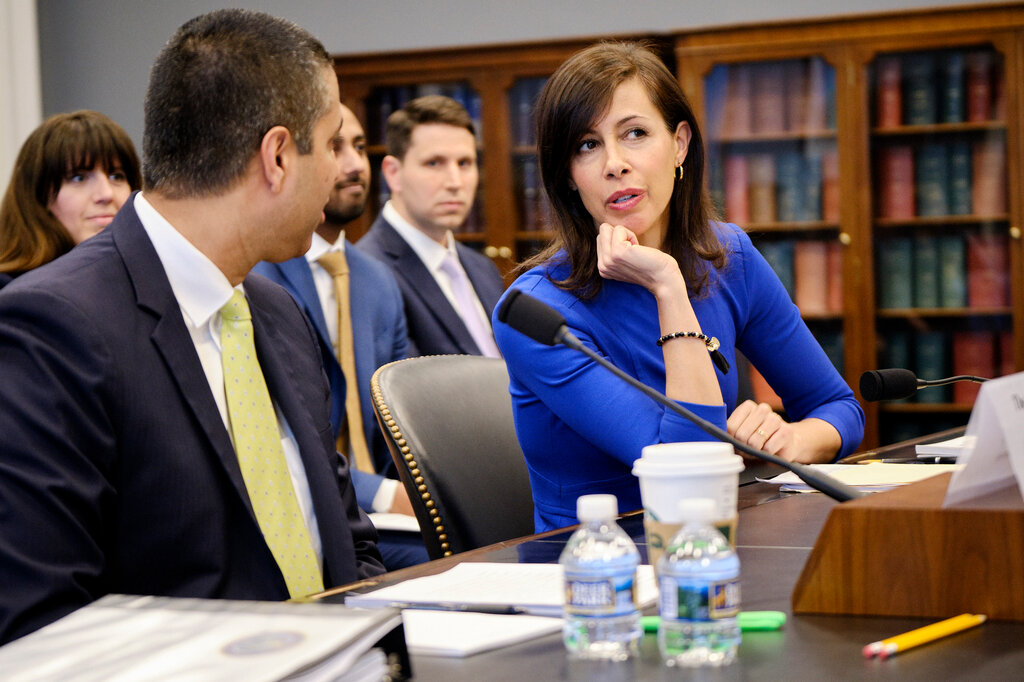 A federal judge in California just ruled that California can start enforcing a net neutrality law that was passed two years ago; following much pushback from broadband industry lobby groups, who claim:

“A state-by-state approach to Internet regulation will confuse consumers and deter innovation, just as the importance of broadband for all has never been more apparent. We agree with the court that a piecemeal approach is untenable and that Congress should codify rules for an open Internet." —Industry broadband lobby groups joint statement

Proponents of the law, on the other hand, argue that:

“Today's federal court ruling allowing California to enforce our net neutrality law is a huge victory for open access to the Internet, our democracy, and our economy. The Internet is at the heart of modern life. We all should be able to decide for ourselves where we go on the Internet and how we access information. We cannot allow big corporations to make those decisions for us.” —Sen. Scott Wiener (D-San Francisco)

"The ability of an Internet service provider to block, slow down, or speed up content based on a user's ability to pay for service degrades the very idea of a competitive marketplace and the open transfer of information at the core of our increasingly digital and connected world.” —Xavier Becerra, California Attorney General

Check out the comments section if you want the general publics’ ruling...

Speaking of broadband’s favorite topics, there’s been some new developments on the Starlink front!

First off, the services’ coverage data is out—demonstrating its massive popularity in the Northwest, in particular:

This doesn’t come as a huge surprise, given the performance and popularity reflected from Starlink users since the beta test went live last year. As more satellites come online, southern locations will join the beta program this year—and eventually, the rest of the world. Again reiterating that the service is hardly a threat to traditional ISPs, Musk tweeted:

He also tweeted that he expects speeds to double over the year, from 150 to 300Mbsp, and latency to drop to 20ms.

For rural communities, however, these developments are a major boon. A profile in Yahoo Finance UK demonstrates as such, covering one user's experience switching from BT to Starlink:

“I’ve not touched it (the fixed line); everything has been switched over – Sky TV, all the Alexas, phones, tablets, are all now over on Starlink...the interesting thing is, over the months I’ve had it I’ve gone from having 127 minutes of downtime, probably down to about four to five minutes a day now.” —Aaron Wilkes - Kent, UK resident

In case you missed the latest escalation in the Apple vs. Epic saga, here’s a good primer.

“It's my understanding, for lack of a better word, Apple has salted the earth with subpoenas, so don't worry, it's not just you.” —Judge Thomas Hixon

Essentially, what Apple’s trying to prove is that the emergence of the Epic Games Store did not affect the commission that Valve charges on Steam, all in a bid to discredit Epic’s central argument that Apple is exhibiting monopolistic behavior. As always, we’ll continue to watch this story and let you know how it progresses.

Google’s recent Stadia shutdown left 150 developers out of a job. A job that needs doing, apparently. One of the platform’s free offerings, Journey to the Savage Planet, is riddled with bugs after being launched on Stadia Pro a few weeks ago. After one player reached out to the game’s publisher, 505 Games, the company responded that there was nothing they could do given the game code and data is owned by the now-defunct Stadia.

Cynical commentators were not at all surprised, given Google’s track record for killing companies. Just another headstone in the Google Graveyard!

Stadia Developers Can't Fix The Bugs In Their Own Game Because Google Fired Them [Update: Patched]

For more insight into Stadia’s descent, check out this feature by WIRED, which features former employees’ take on the whole ordeal: 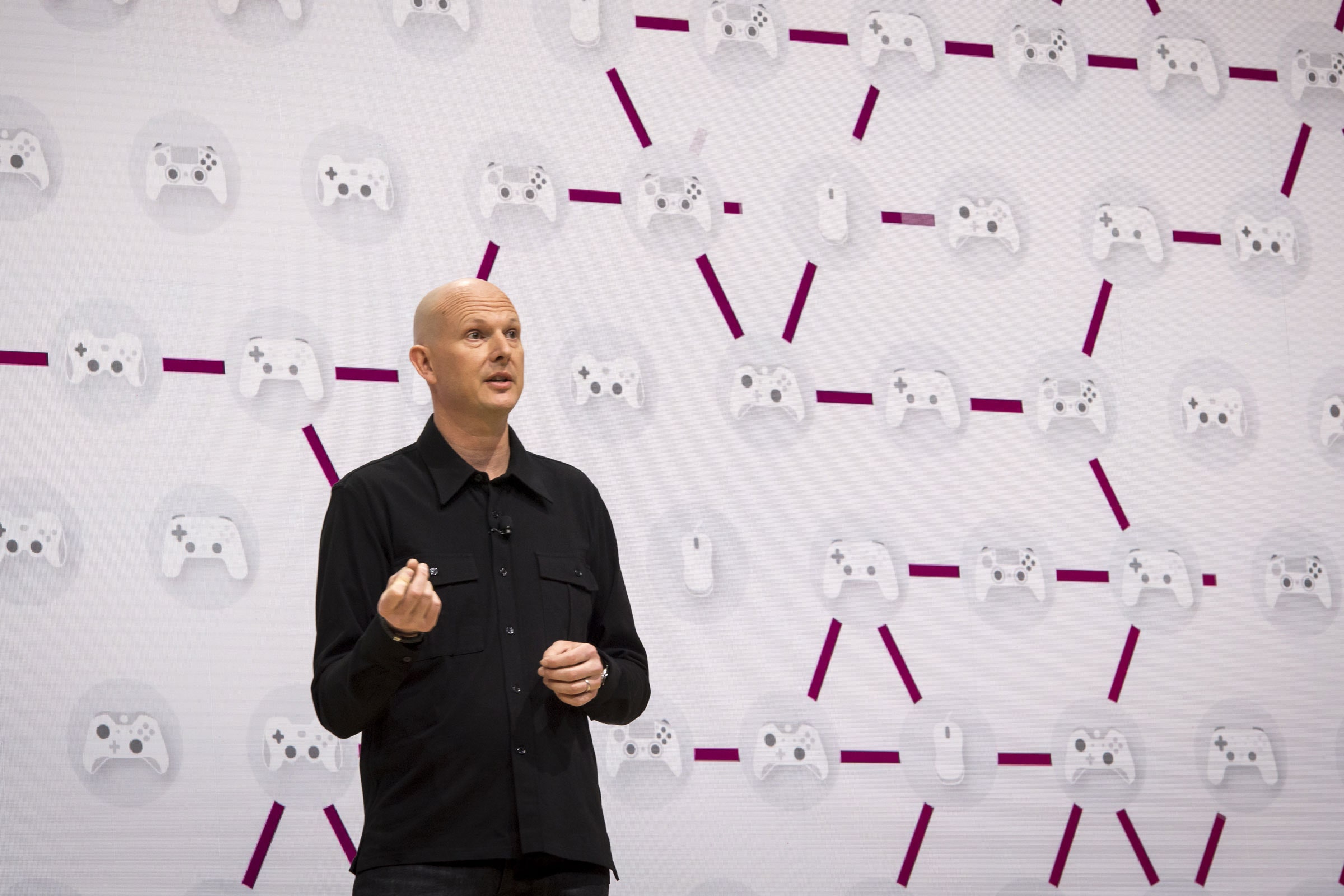 Oculus made its way into the news last week, first for an update that allows users to mark real-world couches in VR. Sounds a little underwhelming, but the feature is a significant expansion of the Quest 2’s Guardian safety feature. Now, rather than an obstacle, players’ couches are virtually recognized so that users can simply sit down and be prompted to switch to “Couch mode.” The more barriers broken in the VR experience, the closer it gets to more widespread popularity. 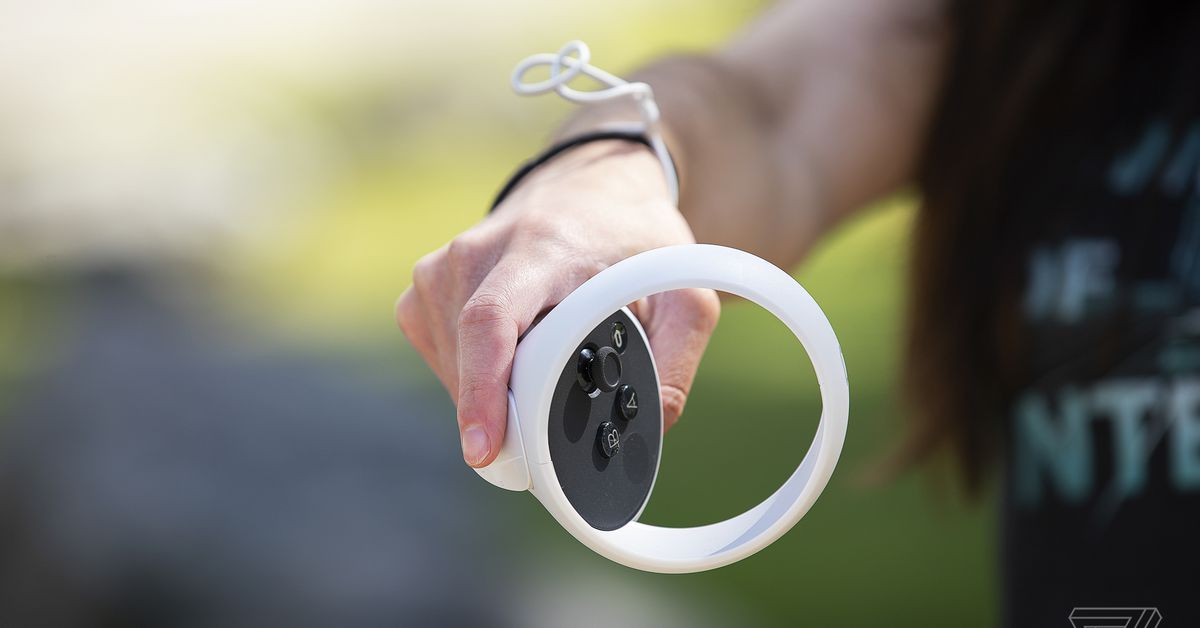 Quest’s Virtual Desktop app was also updated to enable wireless streaming of PC VR games natively over WiFi—notable in that this eliminates the need to be physically tethered to a computer. Originally nixed by Oculus, who was purportedly developing its own wireless streaming solution, the app is back up and available to users for just shy of $20.

It appears that Apple will be going with lidar self-driving car sensors for its new autonomous effort, and is in the process of finding suppliers. Reports also indicate that much of the software for its electric fleet will be developed in-house, a reflection of the company’s increasing leaning to proprietary tech. While it was rumored a couple weeks ago that Hyundai’s sister brand Kia would be manufacturing the Apple car, those claims were later refuted.

“Our collaboration with Transdev ATS and Lohr Group serves to grow Mobileye’s global footprint as the autonomous vehicle (AV) technology partner of choice for pioneers in the transportation industry. Mobileye, Transdev ATS and Lohr Group are shaping the future of shared autonomous mobility, and we look forward to bringing our self-driving solutions to regions all over the world.” — Johann Jungwirth, VP of mobility-as-a-service, Mobileye

Mobileye made waves with the announcement of its new lidar system at CES in January, which will be tested in four new locations this year: Tokyo, Shanghai, Paris, and (maybe) New York City.

That’s it for this week! Be sure to check back in for more industry news next Monday.